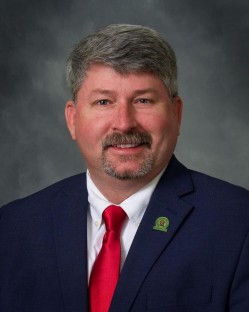 Clark Harrell is a thirty-year veteran of Public Safety. In December of 2019, he joined Crisp County as County Administrator, after twenty-seven and a half years of service to Mitchell County citizens.

Clark is a Certified County Official by the Carl Vinson Institute of Government and ACCG, E9-1-1 Consultant, Arbitrator with the State Bar of Georgia, and Master Mason with Pelham Lodge #312,

Have you had a positive experience with Clark Harrell? Click here to tell us about it!